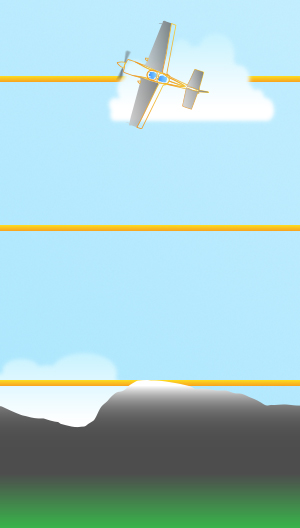 As an instructor in light aircraft, I’ve been asked this question more times than I can count – in fact two students asked me just last weekend. Most people can’t picture heights in terms of thousands of feet, so to put it into some kind of perspective… not as high as a jumbo but easily over three times as high as Ben Nevis!

If you look at the specifications and performance figures for an aircraft you will see a figure for the ‘service ceiling’. This isn’t the absolute maximum altitude the aircraft can get to but is a figure where the rate of climb will have dropped to a certain amount, say 100 feet per minute. This basically means that at this altitude the aircraft is struggling and is close to the limits of its performance. The service ceiling provides a safety buffer before the ‘absolute ceiling’, the altitude at which the aircraft is only able to maintain level flight.

Why can’t we get high?

The main reason a light aircraft can’t reach high altitudes is because as it climbs the air gets thinner. This effects both the engine and the aerodynamics.

At sea level the engine runs at an air to fuel ratio of 15:1. Eg. for every 15 grams of air the engine needs 1 gram of fuel. As we get higher and the air thins the fuel intake stays the same but the air intake lessens so the engine begins to ‘flood’. Therefore we have to reduce the flow of fuel, with the mixture control, to keep the ratio at the optimum figure of 15:1. In turn due to the reduced intake of fuel and air the engine loses power.

At higher levels due to the thinner air the wings have to work harder to produce lift. However, there are two ways we can make the wings produce more lift: 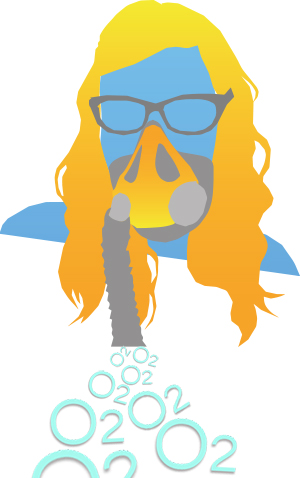 Unfortunately, as we climb to higher altitudes we can’t fly faster as the engine is losing power so we need to increase the AOA. But, as we climb and the air thins we would have to keep increasing the AOA to such a point where the wings would stall and we would have to level off. This is the ‘absolute ceiling’.

So we’ve learnt that the aircraft isn’t very happy at higher altitudes but what about the pilot?

So – to answer the original question we could probably get to around 15,000 feet – but the aircraft wouldn’t be very happy and neither would the pilot!

Until next time, Happy Flying!