…The Art of Gliding.

Often described as the closest you can get to being a bird (…without actually being one), gliding is a great way to get involved in air sports and an absolutely fantastic way to see if being up in the air is for you.

Gliders are generally sleek, long-winged aircraft with a tandem seat arrangement, i.e. with 2 seats positioned one behind the other, underneath a single canopy.

This is known as ‘soaring’.

It is generally the goal of glider pilots to find a column of rising air and circle around the area to get a soaring ride from it. In the UK during summer, it is quite common to see lots of gliders circling over power stations, flat fields, motorways or anywhere else where the sun has warmed up the surface and heated the air, causing it to rise.

Perhaps surprisingly, gliders are also often found under dark clouds. Warm air rising is what causes the cloud to form in the first place and this allows the pilot to gain height before carrying happily on his way. Glider pilots are even known to follow birds – they are the real experts after all!

What happens on my first Gliding lesson?

Firstly, you will be given a briefing on how the glider flies and what to do if there is an emergency. You will wear a parachute and be shown how to operate it should the need arise – this is always useful to know, but accidents are rare, so don’t panic!

Once you’re aboard, gliders can be launched from the ground in a variety of ways which all have their own advantages. By far the most common launch methods are winching and aerotow.

Winching consists of the glider being connected to a wire that has been pulled from a winch at the other end of the airfield and is laid out in a straight line in front of the glider. When the pilot is ready the wire is pulled in quickly by the winch which generates the speed and lift for the glider that allows it to fly. The height gained from a winch launch varies but is usually about 2000ft above the airfield – and it is from this position that pilots can use the technique of soaring to fly higher and further from the airfield. 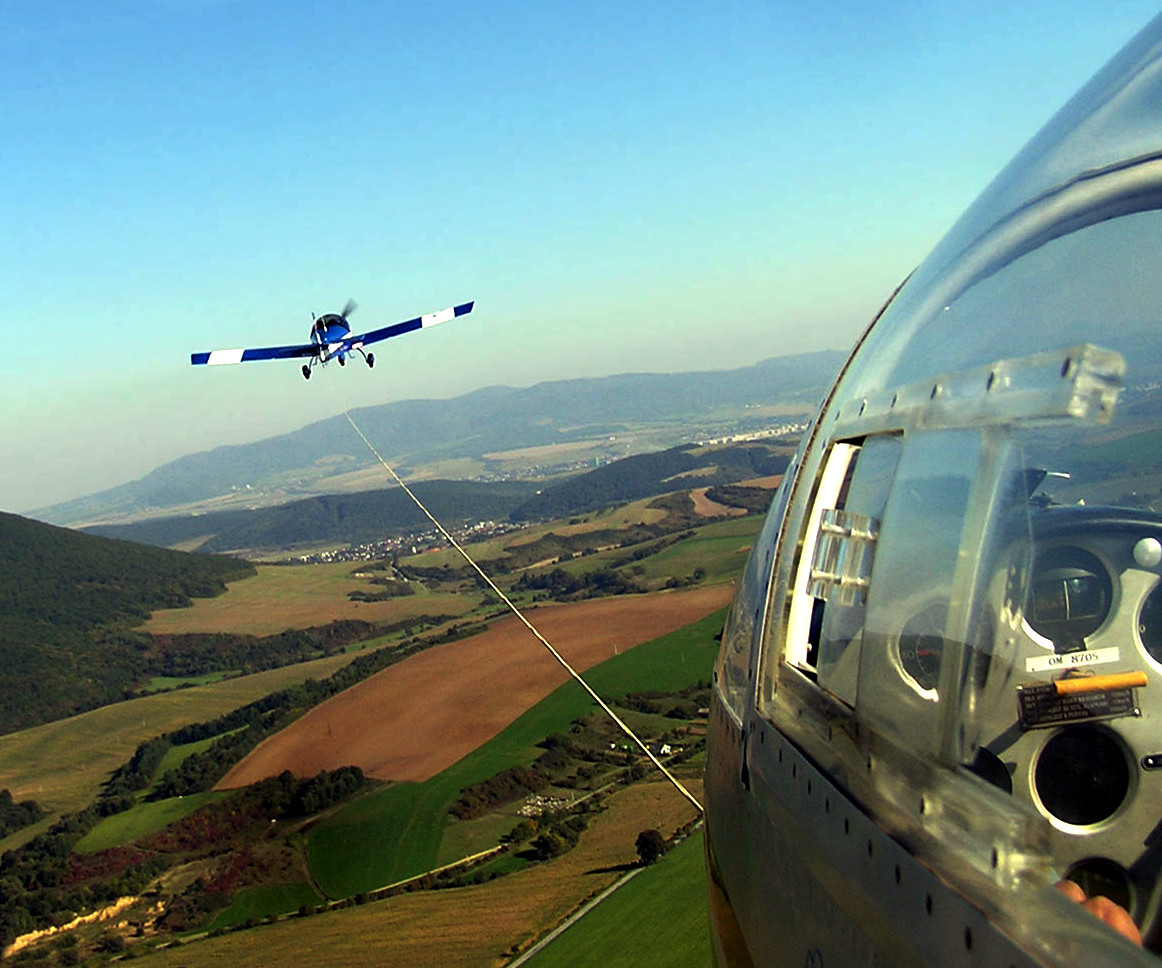 An aerotow launch, on the other hand, involves the glider being towed into the air by a powered aeroplane. Once the desired height is reached, the glider pilot release the towline and the glider is, once again, under its own steam and on the hunt for that rising air. The powered aeroplane returns quickly to earth to pick up their next glider customer, leaving the glider pilot to marvel at the peace and tranquillity that can only be achieved in these near-silent aircraft.

The controls in a glider operate in exactly the same way to those as in a powered aeroplane, using flaps and ailerons on those huge wings to steer the aircraft in its constant hunt for rising air currents.

What really sets is apart is the graceful way in which a glider slips quietly through the air, making gliding a truly unique experience.

Learning to fly a glider is also a good way of becoming a better pilot. Not having an engine on the front of the glider means that every landing has to be a good one! There is not the luxury of applying power and going around to line up for another try – this certainly focuses the mind.

Gliding is a seriously addictive pastime – as near as you can get to the liberating feeling of flying free like a bird. Most gliding clubs will only be too pleased to show you around their gliders and will be keen to help you to experience the pleasure of gliding.

So, if you thought soaring through the skies with the wind beneath your wings was something you could only dream of, think again! Give it a go, and make all those daydreams come true!

Inspired? Give Gliding a Go!