Home » News » Help to Save an Icon of British Aviation
News

Help to Save an Icon of British Aviation

Back in July, the team here at FlyingLessons.co.uk were thrilled to be able to sponsor a free flying lesson as a raffle prize for the ‘Save The Trident’ grand opening day in Sunderland. The ‘Trident’ in question has nothing to do with the nuclear submarines it shares a name with – in fact this beautiful example of British engineering spent its working life about as far away from the ocean depths as it’s possible to be. Read on to learn more about this exciting project and find out how you can help!

Save The Trident was launched back in 2009 with the goal of restoring the last surviving Hawker Siddeley HS.121 Trident 1C aircraft, G-ARPO. This iconic aircraft was built in 1965 and served for 18 years as a passenger plane in the BEA/British Airways fleet, during the age when budget airlines had yet to emerge and flying was a somewhat exclusive and glamourous affair. Designed originally to cater for increasing demand on BEA’s Western Europe routes, the Trident was in direct competition with the now better-known Boeing 727, which preceded it into service by just two months. 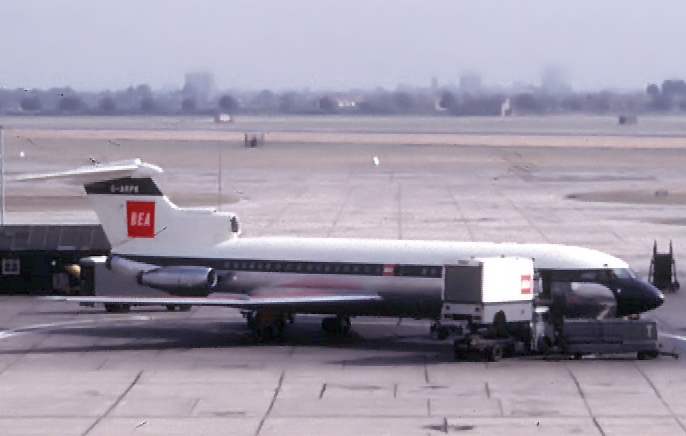 Over a hundred Tridents were built during the 60s and 70s, but only 24 were of the 1C variety. G-ARPO is the last complete example, having been mostly preserved due to its use as a grounded training site at the Teesside Airport CAA fire training school. While its structure remained intact, over twenty years of life-saving fire training left G-ARPO in serious need of some tender loving care when it was eventually donated to the North East Aircraft Museum.

Since 2009, the team at Save the Trident have worked diligently to restore G-ARPOto its former glory, and on 11th July, the public finally got the chance to see the results of their efforts. On hand to cut the ribbon and officially open the Trident was Captain Richard Boas, the pilot responsible for G-ARPO’s fateful final flight when it was delivered into its new purpose at the Fire Training School back in 1983. 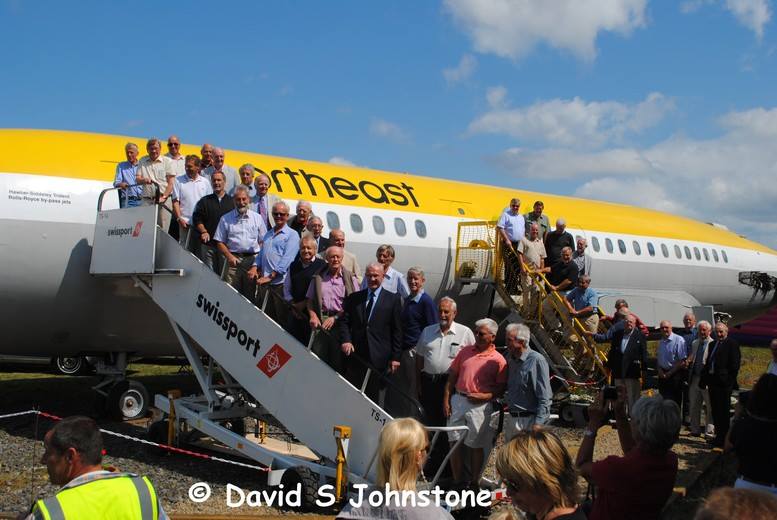 Over 40 former pilots and cabin crew from the Trident’s past were present at the emotional unveiling, all eager to share a story or two and to toast the efforts of the Save The Trident team in restoring G-ARPO over the past 6 years.

The event was more than a celebration alone – while incredible work has been done up to now, there is still a long road ahead to finish the restorations, with the wings and tail still awaiting transport and reconstruction. 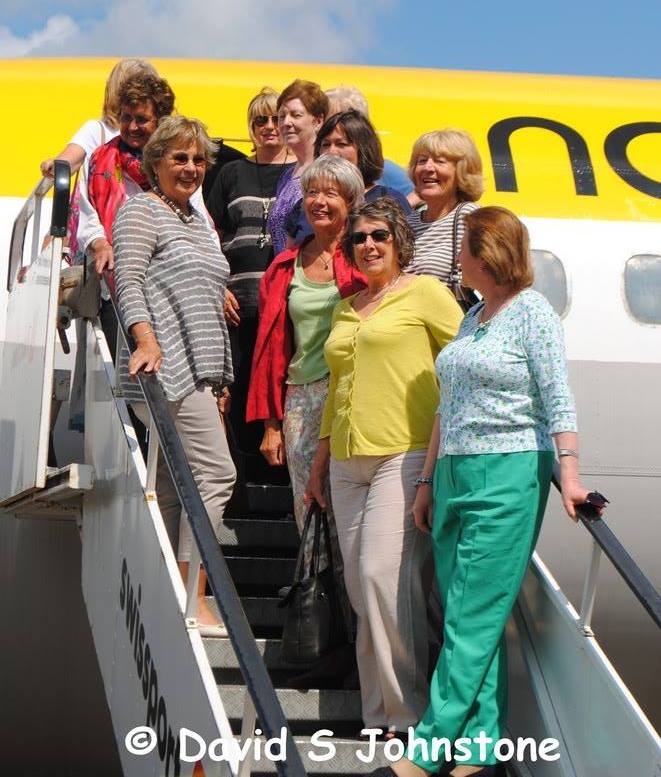 A raffle was held to raise funds for the final stage of the project, which along with other donations brought the total raised so far up to £1587 – a fantastic result. Congratulations to Mark Crossley who won the FlyingLessons.co.uk sponsored prize of a Free Flying Lesson!

Save the Trident is made up of volunteers who give their time freely to the project. They still need to raise at least another £1000 to realise the dream of seeing G-ARPO fully restored to its former glory – and you can help! If you’d like to show your support, click the button below to donate now, or go to Save the Trident’s Website to find out more.

A Brief History of Flight, Part 1.