Jon Budworth
Welcome to the first ever edition of ‘Ask a Pilot’ at FlyingLessons.co.uk, where we ask all your burning questions to a professional pilot. We’re thrilled to have flying instructor Jon Budworth on board today to share his insider knowledge on the costs of training for a PPL. Over to you, Jon.

As a flying instructor, two questions I’m often asked when giving a trial lesson in a plane are, ‘How long does it take get a Private Pilots Licence?’ and ‘How much does it cost?’ 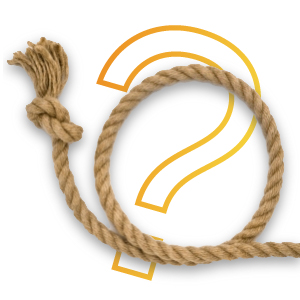 The first question is a bit like asking the length of the proverbial piece of string: it’s different every time. The second question however is easier to answer. I’d say that, depending on many factors, it is possible – just about – that you could do it for £10,000. In this article, I’ll talk you through how I’ve arrived at this figure, giving you some pointers on the different factors that can make a big difference to the cost of your flying lessons.

Firstly, a little about the Private Pilots Licence (PPL) course. The course requires a minimum of 45 hours flight training. This means that even if you’re the greatest pilot in the world and feel that you’re destined to be the next Maverick, (a pilot from cheesy 80’s classic ‘Top Gun’ for those of more tender years), you still have to complete 45 hours of training before being eligible for the practical flight exam. Some flight schools offer package deals, but in this article we’ll look at ‘pay as you go rates’ – simply paying for the training as and when you do it. In my experience this is the option most people choose.

So, to begin our journey to that figure of £10,000, we need to start with the basics: cost per hour of training. I took a sample of price lists from 20 flying schools the length and breadth of the UK and arrived at some average figures.

For one hour of flight training with an instructor (known as dual training):

Since we know that the minimum flight time needed to qualify is 45 hours, this would work out at:

• Note: these are average prices only – costs vary considerably from school to school, so shopping around is very much advised!

You might well wonder why anyone would train in a 4-seater when you could save nearly £1000 in the 2-seat option. However, which aircraft you train in has a lot to do with how tall, dark and handsome you are (and whether you enjoy a pie or two). Most schools have a weight limit for 2-seater planes of around 14 stone and a height limit of around 6 feet 2 inches. In General Aviation (the world of light aircraft) size matters, and plays a large part in which aircraft you fly!

So, we’ve covered the costs of dual training in a plane. You might think we’re home and dry. Think again. There are some other important costs we still need to budget for:

Adding these expenses to the 45 hours flight time costs, our totals are now:

The High Cost of Landing

Phew! So now we’re on the home straight, getting close to the real cost of a PPL in the UK. There is just one more expense we need to look at, which can add up to a considerable amount – the landing fees. It’s safe to say this is one area where costs vary immensely at different airfields, so this is definitely something to discuss with any potential flying school.

Landing fees are charged by airfields every time an aircraft’s wheels touch the ground after a flight. They are determined by size and weight of aircraft, so at some airfields the landing fees for a 2-seater will be cheaper than for the 4-seater. There are also usually different charges for full landings and partial or ‘touch and go’ landings – each of which you will be doing plenty of during your PPL training.

During your 45 hours training you’d expect to do 45 full landings:

Also during your training you might expect to do 50 ‘touch and gos’.

So much maths! Don’t worry, we’re almost there. It’s worth noting that I’ve based these calculations on the landing fees at my home airfield, which are fairly representative of typical costs. Landing fees do vary widely though, and this is a topic I’ll cover in more depth in a future Ground School article.

Time for that all important figure, the sum total of all our hard work!

For a student who manages to complete the PPL course, in a plane, in the minimum of 45 hours, using the average ‘pay as you go’ figures from 20 schools around the UK, the cost of a Private Pilots Licence would be… (fanfare, trumpets, drum rolls etc!)

So, it seems that my estimate of £10,000 isn’t too far off the mark! For a gifted student who flies often (weather allowing) and passes everything first time, the £10,000 total is achievable. Fantastic!

Well… semi-fantastic. There is a tiny bit of bad news. I’m sorry. But I promise there is good news to follow. So maybe take a seat, pour yourself something stiffening and read on.

In the UK, the average student needs at least 55 hours of training to achieve their licence. And many people don’t pass everything first time. Using the figures we have arrived at in this article you can see that an extra 10 hours of tuition doesn’t come cheap.

Don’t despair! The good news is that there are many ways to keep the costs as low as possible. Here are my top tips for affordable Private Pilots Licence training:

I promised you some more good news and here it is. Learning to fly is one of the most exciting things you can do with your clothes on! Yes, it can be challenging and it certainly isn’t cheap – but the rewards are incredible. I can’t promise that attaining a private pilots licence will make you more attractive to your potential future spouse, but it will definitely set you apart from 99% of the population who have only ever dreamed of taking flight.

The thrill of your first solo flight is something you’ll never forget. Your first landing at another airfield, thinking to yourself, ‘I got here without being stuck in any traffic jams and in half the time it would have taken by car’, grants you an incredibly well-earned sense of satisfaction.

Flying high over the British countryside and marvelling at how ‘it actually looks quite nice from up here’ is, frankly, the dog’s unmentionables.

So go on. You know you want to.