Which Pilot’s Licence is Right for Me?

In the UK there are several options for gaining a Licence to fly aircraft.

As a potential new student this may seem like a daunting choice in itself. Given the cost of gaining a pilot’s licence of any description, it’s very important to make sure you make the right choice for the kind of flying you want to do once you are qualified. Some pilots enjoy flying locally over the land they call home, some make long cross country and international trips, some enjoy farm strip flying, some can think of nothing better than turning the world upside down and spend their time improving their aerobatics skills.

Once you have considered what you want from your flying, the next step is the kind of licence you wish to train for. For Private Pilots, these are split into the following:

But what exactly is the difference? Read on to find out…

The course structures and the exercises undertaken during these licences are broadly similar. They all consist of an amount of dual flying (with an instructor), an amount of solo flying (alone in the aircraft), a solo qualifying cross country, 9 written exams, an RT practical exam, a flight test with an examiner and a medical.

However, there are a few differences as demonstrated in the table below: 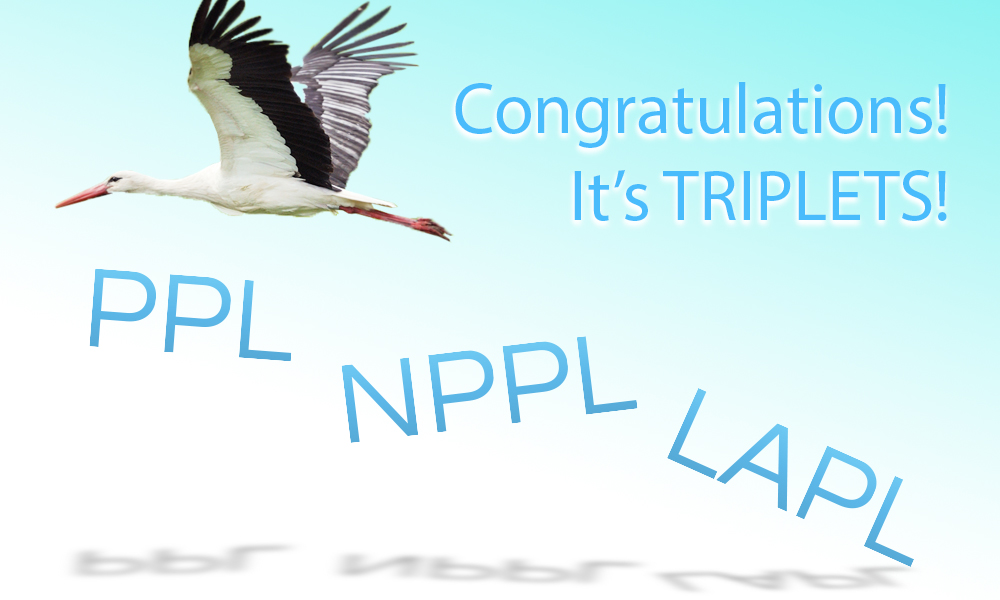 So what is it that really differentiates these licences?

The normal assumption is that the exercises covered during the flight training are different. However, if we delve in to the syllabi of all 3, it quickly becomes apparent that the exercises are almost identical, the only thing that will change is the amount of time devoted to certain portions.

The next assumption may be that the written exams are easier or harder for each licence, they are in fact all drawn from the same standard PPL exams and so are identical for each licence.

It would of course seem logical that the skills test are easier or harder for each licence, again they differ slightly (for example in the PPL or LAPL there is one skills test whereas for the NPPL navigation and general handling are examined separately) but in reality the standards will be very similar. The skills test generally boils down to “Is this candidate safe and aware?”.

No, really… What’s the difference?? 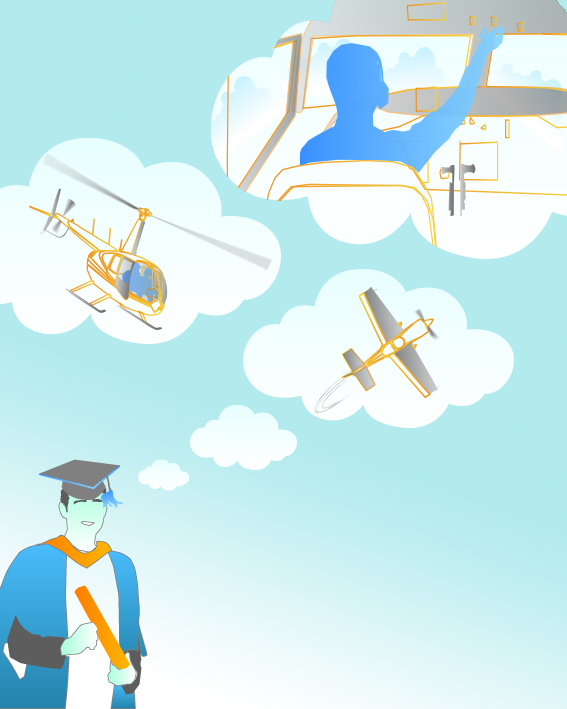 So which Pilot’s Licence should I go for?

You should ask yourself one question, “Can I get a CAA class 2 medical?”. If the answer is yes then you should consider what you want from your flying.

“Do I want to move on in the future to bigger aircraft?” or “Do I have any aspirations to become a commercial Pilot?”. If the answer to these is a resounding no then an LAPL or NPPL could be the answer for you. If you can gain the class 2 and want to continually progress on to different aircraft and have fewer licence restrictions then the PPL is the answer.

So, now you know the facts, it’s up to you. Whichever licence you choose, good luck and happy flying!

Winter Weather - Too Cold for Flying?

Angus is a Flying instructor based in the South of England teaching at a large commercial school focused on CPL and IR instructing. He has over 2000 hours of flying experience including some Air Ambulance operations and Instructing in various corners of Europe. Angus’ biggest ambition is to keep flying so that he never has to get a ‘proper job’.