A Day in the Life of a Survey Pilot

For many of us, what starts as a hobby can very soon become a bit of an obsession – and flying is definitely one of the most addictive!

If you begin flying for pleasure, it may not be too long before you find yourself considering a new career in the skies. Luckily, besides simple airline work there are many other ways to earn an honest crust as a pilot. From instructing the next generation of pilots, to aerial taxi work and countless other career paths in between, aviation offers a huge spectrum of exciting ways to get paid for flying. For my money, one of the most interesting is the line of work I now find myself in – survey flying.

Survey flying is a brilliant next step for a (now ex) flying instructor, like me. Why you ask? 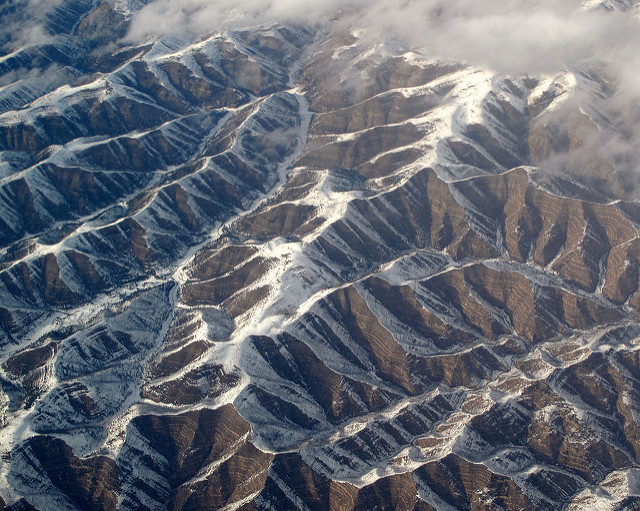 For starters, the aircraft I now get to fly on a daily basis are bigger, more complex and have 2 engines. The flights are also usually much longer – a combination of sometimes long transit flights, (actually flying to the survey area) and long flights on the survey itself. Longer flight durations mean your hours, experience and skill levels increase rapidly.

I would imagine that many people might think survey flying is not as demanding or complicated as the better-known world of airline flying, but (and I admit to never having been an airline pilot) I would beg to differ. In this article I’ll set out and explain the job and duties connected with the role and I hope you’ll agree that it’s certainly not an easy ride – but definitely worth the effort! 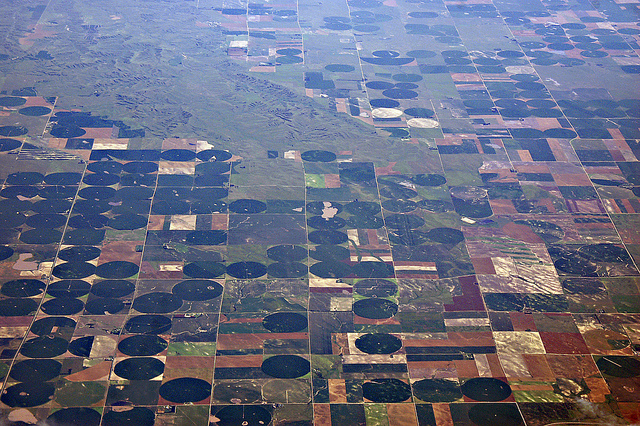 Ah yes… Sorry, I’ve rambled on about survey flying but you could definitely be forgiven for having no idea what I’m talking about. Admittedly blockbuster films about survey pilots are a bit thin on the ground, so perhaps the job isn’t as well known as it ought to be. I’ll try and explain.

Put simply, an aerial survey involves taking pictures of something on the ground. There are a huge number of applications for this – such as plotting the course of a pipeline, the route a planned new road may take or photo mapping a town or city. Any time you’ve ever seen a detailed birds-eye-view photo of pretty much anything (not including satellite images – even we survey pilots have our limits!), chances are a survey flight was involved.

Let’s say you need a detailed photographic map of city. The survey will first be planned on the ground. The planner will, on a map, divide the city into rectangular blocks say 10×4 miles. They would then overlay a series of lines onto this rectangle. Along the lines will be placed points where the camera system will ‘fire’. If there were 20 lines and 100 points on each the camera system would fire 2000 times. Blimey, you’re probably thinking, the poor old camera operator will end up with a very sore ‘trigger’ finger!

Happily no. The rectangle produced on the ground will have been converted into a format that the aircraft’s on-board computer system will recognise. This area and the lines will be presented to the pilot on a dedicated screen or iPad (other tablet brands are available) and as the pilot flies along the lines the cameras, connected to GPS, will fire automatically.
The camera operator’s job is to load the correct survey into the computer and then monitor the system as the survey progresses making any adjustments to the camera settings to achieve the best possible results. 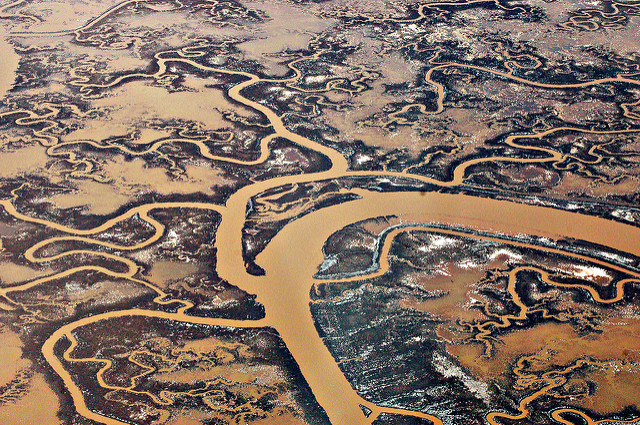 So, now that you know what survey flying is for, let’s have a look at what’s involved for us, the pilots.

You’ve got the job… what next?

The work of the pilot actually begins well before the flight itself. Typically I would find out at least a day in advance of when a survey job is needed, and before anything else I would first check the weather to find out if it is likely that the survey will go ahead. If the survey site is a long way away, possibly hundreds of miles, I would also need to check that the weather en-route is going to be good enough to actually get there – survey aircraft generally aren’t able to fly at the high altitudes that airliners do, so instead of flying over the weather we very often have to fly through it which can sometimes be a lot of ‘fun’!

Next up, I would need to carry out a ‘mass and balance’ calculation. Put simply, I need to know that the aircraft isn’t going to be overloaded. Another very important thing the mass and balance calculation will tell me is how much fuel I can take. This in turn will determine how long we can safely survey for.

Why not just fill her up? Well, as usual in aviation, things aren’t quite as simple as they seem. If the aircraft is loaded with heavy equipment it is unlikely that we can afford to take a full fuel tank. Even the size of the person operating the camera will have an impact. If I’m scheduled to fly with ‘Big Geoff’, amateur darts player and prop forward, I’ll know straight away that we’ll be taking less fuel! 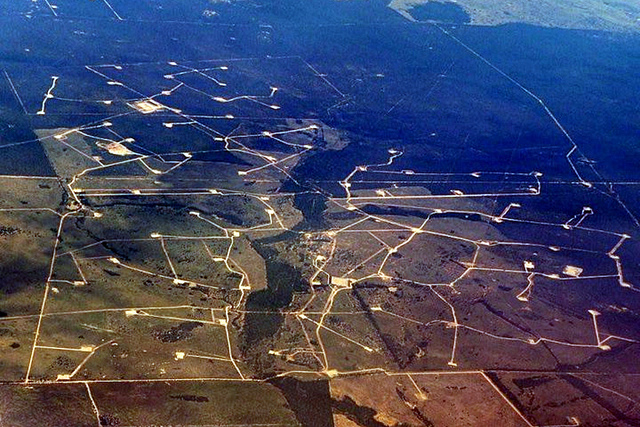 Getting from A to B

The next consideration is which route we take to the survey area and, crucially, can we go straight onto the survey or will we have to land and refuel first? If the survey area is quite far away the chances are we’ll have to cross sea or fly over mountains. Without going into the intricacies of route planning – an entire article in itself – this preparation stage can take some time and lead to a fair bit of nail biting and pulling out of hair!

Once the route is planned and the survey is confirmed to go ahead, it’s time to get the aircraft ready. Here there are 3 main duties: 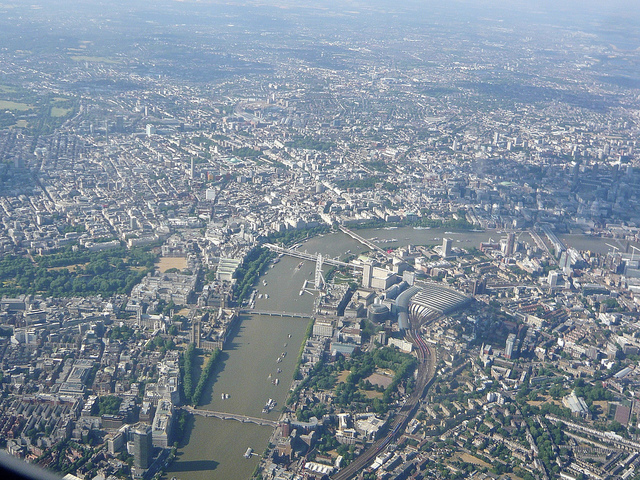 The day of the survey usually starts early. We would normally get to the airport for 7.00 am and aim to set off for 8.00am. Sadly, the hour between 7 and 8 isn’t taken up with a leisurely fry up and chat about last night’s footie. It is usually a mad dash of printing weather reports, signing safety forms, checking NOTAM’s, briefing the camera operator and getting the aircraft out.

All of that fun stuff taken care of, it’s finally up, up and away! A typical survey flight might involve an hour and a half transit flight, four and a half hours ‘on task’ and then a transit to the nearest airport to refuel. That would add up to a flight time of six and a half hours.

To put that into perspective, it’s about the equivalent time of flying from Heathrow to Lagos. ‘Not too bad’, you might think, ‘I’ve often flown for that length of time or more, and quite enjoyed it!’. Well, yes… but would you want to fly for that length of time without the pleasantries of cabin crew, refreshments and a toilet? Not sounding so fun now, huh?

After landing we would use the toilet, refuel (definitely in that order) and then go and do it all again! Happily, the second flight wouldn’t be quite so long due to daylight hours and ‘Flight Time Limitations’. 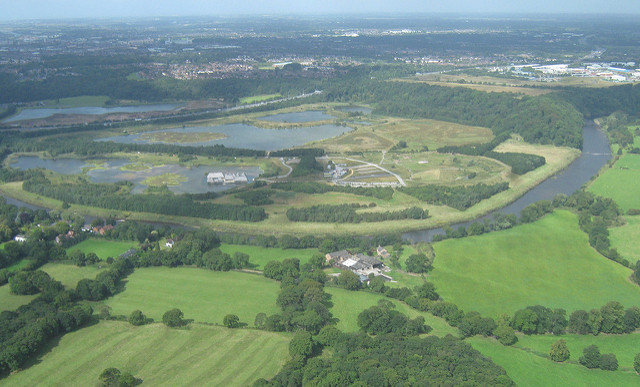 If the survey is a long one requiring several flights we will generally stay in a hotel close to the survey area’s nearest airport. By the time we’ve refuelled and checked the aircraft ready for the next day we’ll usually have been on duty for a good eleven hours and will be very much looking forward to a cheeky half, a good meal and of course… the toilet!

Survey flying can be extremely hard work and involve long and unsociable hours – there are no such things as weekends when there’s work to do. It involves very accurate, tricky flying, along GPS lines at low levels, and also requires that you are a highly organised person able to work within very tight time frames.

Having said all that, if you love flying as much as I do, the job of a survey pilot is also extremely rewarding. We fly in some amazing places with fantastic scenery and you really can’t beat the feeling when a long survey is completed successfully.

Best of all, I’m flying aircraft for a living and can finally call myself a full time pilot. As anyone who’s ever caught the aviation bug will tell you, it really doesn’t come much better than that.

VIDEO: The Volocopter - A Revolution in Personal Flight?