Ben Koprowski
The odds of an engine failure in a light aircraft are pretty low – in fact, statistics show your car journey to the airfield carries a higher risk! Even so, after thorough training, students will need to demonstrate their ability to safely carry out an emergency landing during their final license test. We outline the emergency drills and actions here.

If an engine fails in flight, a pilot will first and foremost maintain control of the aircraft, and put the aircraft into a gliding attitude. Maintaining this attitude, and therefore sufficient flying speed, is critical for a successful forced landing. The glide attitude will ensure the furthest distance flown over the ground (increasing options for landing sites) and sufficient flying speed guards against a stall, which could lead to loss of control. All other drills – such as a mayday call, or carrying out engine restart drills – are desirable, but ultimately secondary to landing safely.

Once the aircraft is safely gliding, the pilot will then look for a place to land within range, and ideally into wind (to reduce landing distance). Most light aircraft can land safely in open areas the length of two or three football fields. Pilots are trained to visually judge the aspect of approach to a field; with practise, a pilot can tell if the aircraft will come down short or not, and will add a safety margin into the approach path. When it’s clear the aircraft will make the field, the pilot can use any extra time remaining to carry out other drills.

Opinions vary, but a mayday call is normally next, informing air traffic control of the situation, who will then call out the emergency services. The pilot may then try to restart the engine; this could clear certain problems, but statistically, if the engine has failed, a pilot is unlikely to be able to cure it whilst airborne. It’s far better to concentrate on flying the aircraft!

Finally, shortly before touching down, the pilot will tell any passengers to ‘brace’ before shutting off fuel, electronics, and so on. Then after a smooth touchdown, it’s generally recommend to promptly evacuate the aircraft, call the emergency services to let them know you’re safe, before repairing immediately to the nearest pub. 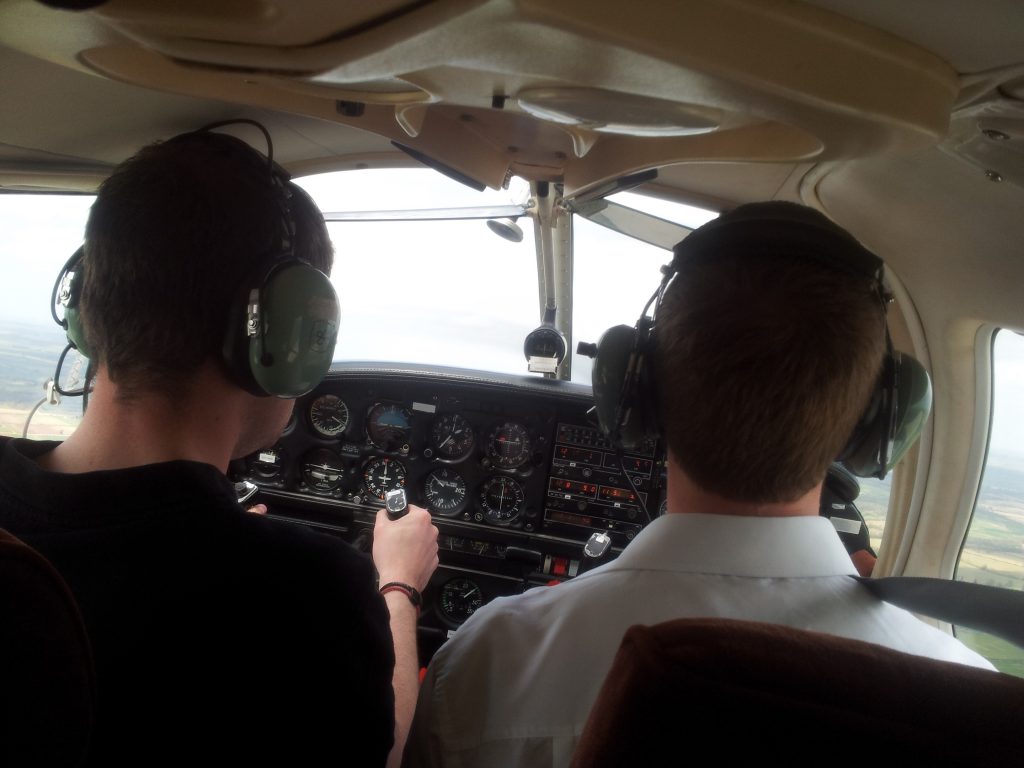 With appropriate training and practice, engine failures are entirely manageable. We strongly advise you practise the drills, as appropriate, after your skills test – don’t let your hard won skills degrade!

How To Solo A Spitfire